We explored young people's attitudes and experiences toward sexual health and healthy relationships, in the hope that it would raise awareness around the services that are available, the laws around healthy teenage relationships. 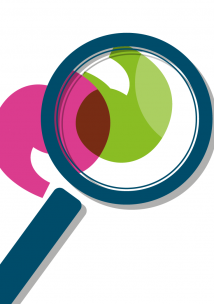 Reviews of the sexual health clinics in Lewisham were mainly positive, with only a few young people feeling “judged” for using services.

Furthermore, through the Mystery Shopping work, some receptionists were considered to be giving out inaccurate information or the correct amount of advice. It is important that these members of staff are fully trained in signposting and advice services, as they are often the first point of contact for many young people.

Some of the young people were very vocal about who should deliver their  education. A group of young men were unhappy when during education, the female students were taught by a woman and the male session was led by a man. “I never knew my father” one 17 year old explained, “I am used to talking to my mother about such things, so am more comfortable talking to women.” He went on to say that the male teacher focused mainly on the male anatomy and didn’t talk much about the female side of things, which he said was what he was interested to learn about.

If you require this report in an alternative format, please get in touch with us to discuss your request.

How does sharing your views make a difference?

You might think your feedback doesn’t have the power to change how health and social care services run. We want to show you how that isn’t the case.